Talk about a fantastic fall time cake.  Though its delicious and delectable anytime, this one is especially autumn appropriate in terms of the flavors and spices.  Walnuts.  Cinnamon.  Cardamom.  Ginger.  Buttercream frosting.  Get excited for this cozy cake.

The best parts?  Gluten/grain free, and low in sugar.

This is a cake you can feel much better about eating than the usual flour and sugar laden recipes one finds in bakeries, grocery stores, restaurants, and widely served up at celebrations.

1 and 3/4 cup of ground walnuts (I bought whole ones and ground them in a NutriBullet, or you can use a food processor). 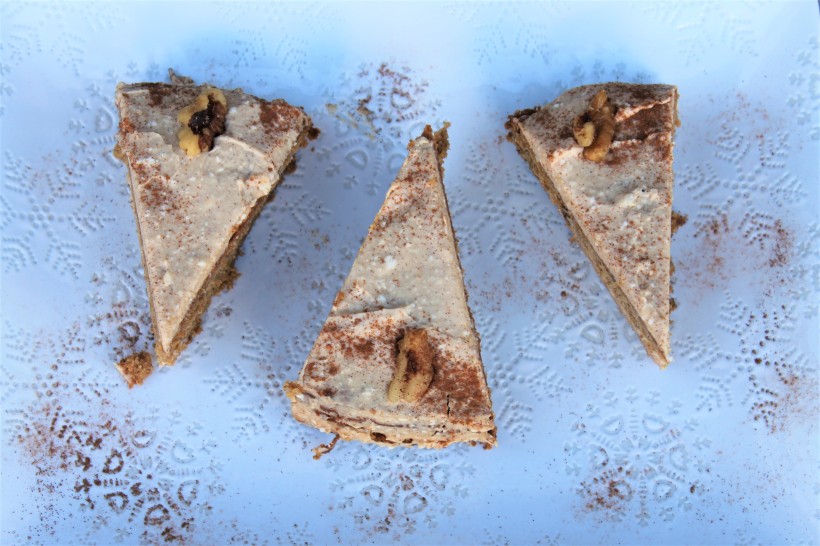 Leftovers can be stored in the fridge for up to 3-4 days.  Though this cake is best eaten fresh, within a day or two.